The August edition of the King Bulletin is out

Check out the latest news in our monthly e-newsletter.
Learn more
/ 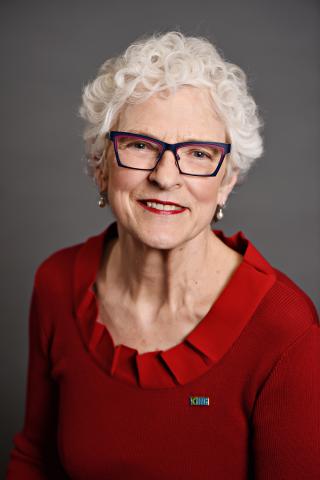 Debbie moved to King in late 2003 into a country property acquired by her husband's parents 60 years ago.  To meet her community Debbie joined Concerned Citizens of King Township (CCKT) whose mission of promoting "a healthy countryside with working landscapes, significant natural areas, and vibrant communities" perfectly meshed with her own sentiments.  She was Chair of CCKT from 2007-2010. With CCKT she worked relentlessly for two years to oppose the gas fired generator in the Holland Marsh. After 2 terms in Council (2010-2018) she continues to aspire to making decisions that respect the natural heritage, culture and history of King. She also wants to leverage the benefits of our proximity to cosmopolitan centres. Debbie is the Council representative on the township Heritage Advisory Committee and Sustainability Advisory Committee.  Debbie is also active in the Ontario Greenbelt Alliance.

Prior to moving to King, she had a successful 27 year career with Procter & Gamble (P&G). Her career began in Toronto but for the last 10 years of her career she lived in Baltimore, Maryland and then Brussels, Belgium. Over her career, she worked in different business units with different challenges. In 1973 Debbie graduated from Waterloo Lutheran University (now Wilfrid Laurier) in 1973 with B.A; in 1985 she earned an MBA from York University.