The Province of Ontario today announced further measures to slow the spread of COVID-19, including a two-week extension of the current State of Emergency and stay-at-home order.
Learn more
/ 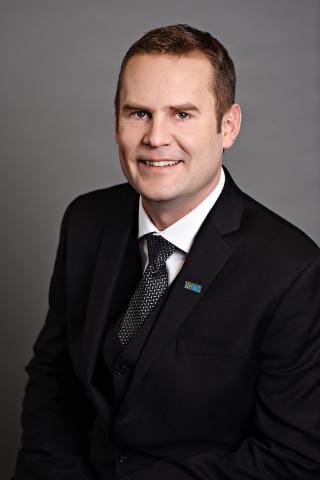 David's dedication to serve the residents of King Township began at the age of 18 when he joined the Volunteer Ambulance Service. His passion to serve continues today as a dedicated member of the Fire Service.

The Boyd family history and involvement in the Nobleton area spans over three generations. David's great-grandparents farmed in Laskay, while his grandparents planted roots in the village of Nobleton in 1965. Here, they raised David's mother and her five sisters in a small house across from the fire hall where his grandmother still lives today.

David grew up in Nobleton on Goodfellow Crescent with parents Bill and Nancy Boyd, along with his sister Carolyn. David and his wife Besy wanted to raise their two young children in a small town environment -- so the decision to move back to Nobleton in 2008 was an easy one.

David is honored to be serving his first term on Council. He is dedicated to developing relationships with community groups, service clubs, churches and all those interested in contributing to the community. People, purpose and passion are cornerstones to his commitment to serve King Township. David is enthusiastic about boosting community involvement and delivering clear, effective communication to Ward Two citizens. For more information, visit www.daveboyd.ca.​ ​​