The Streetscaping and Beautification program has been a long term initiative dating back to the Urban Design Guidelines (2006) that started gaining traction in 2012/2013.

The reality is the program started modestly, with a request for a Christmas tree in King City and it snowballed into a downtown revitalization for King City.  The improvements at King Road and Keele Street set the table for improvements in Nobleton and expansions through the core area of King City.

Further planning for these projects was contemplated and approved by Council through the development of the Community Improvement Plan (2014/2015) and the Streetscaping and Beautification Plan 2015.

The program is funded through a combination of development charges, tax supported capital and Regional funding programs (Municipal Streetscaping Partnership Program and Pedestrian & Cycling Municipal Partnership Program), and is a constant work in progress as it is a tool to improve the public realm in the short term while also considering future development and an expanded design into the private property realm.

​​​​Past, current and future projects are as follows: 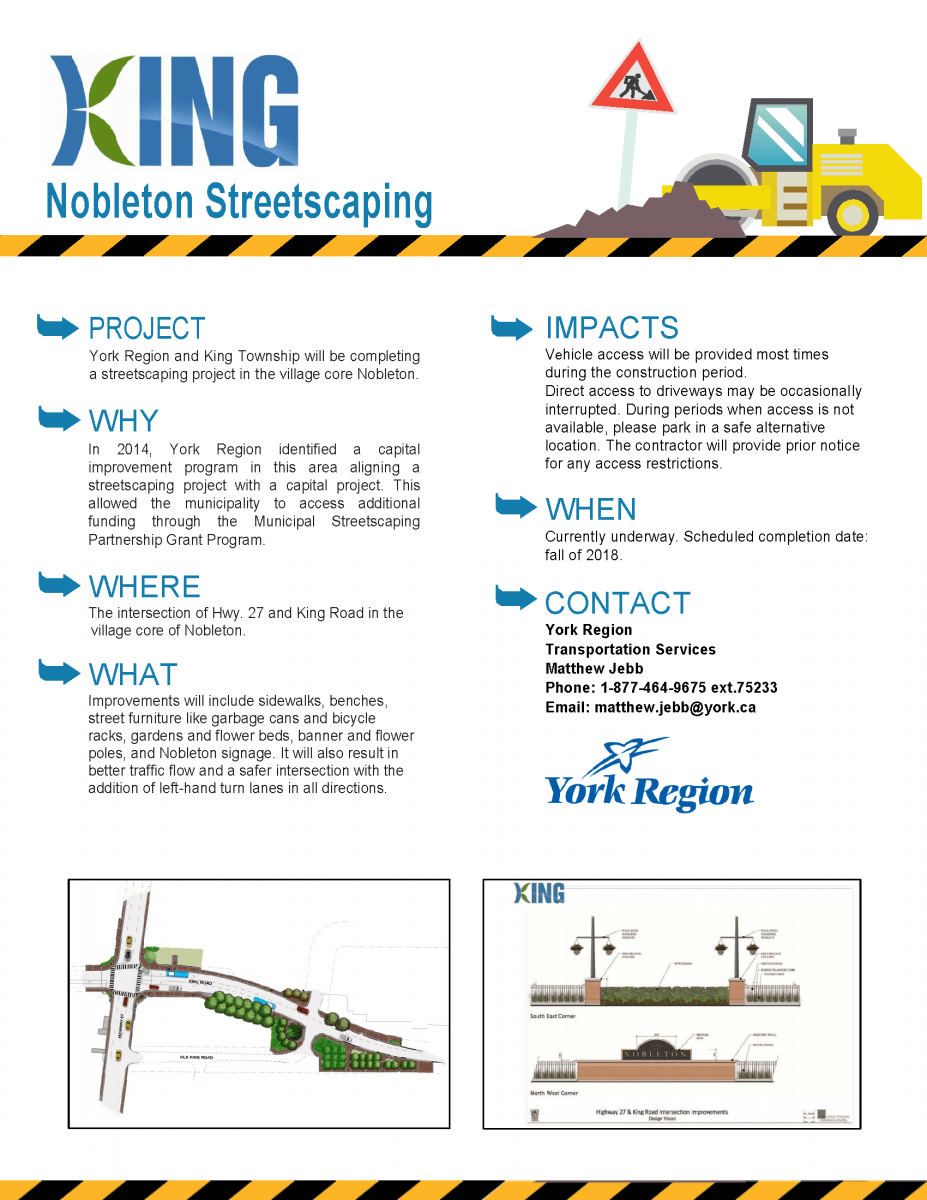